BRMM attorneys Danielle and Andy Mayoras recently authored an article for Forbes about what could happen to the Prince estate if the late pop icon did not leave a will or trust laying out a plan for what should happen to his multi-million-dollar estate. Not having an estate plan in place could lead to a host of problems including family squabbles or assets going to parties Prince did not intend. As Attorney Danielle Mayoras stated to NBC news recently, celebrity estate battles can be the “ugliest fights” that can happen in probate court. But this sort of conflict afflicts everyday families with loved ones who did not leave wills as well. Prince gave up control over and privacy of his estate and how it is handled, as Danielle Mayoras notes in The Detroit News, but no one should let that happen.

Now that more time has passed since Prince’s death, it is safe to assume that no will or trust exists. By now, an estate planning document of that nature would have surfaced.

Prince is well known for his chart-topping music, but he was savvy about controlling his music and protective of his privacy as well. He reportedly had a “vault” of unreleased music that he kept so that he could control when and how his music would be released. The contents of this vault are not yet known, so it is tough to put a dollar figure on its worth. With estimates of his earnings and future royalties, Prince’s estate could be worth between $300 million and $500 million. The true worth of his estate remains to be seen. In fact, in the weeks since his death, Prince’s record sales sky-rocketed 16,000%. With that, the contents of the vault, and anything else not yet known and accounted for in his estate, the full worth of his estate could be much higher. According to Paisley Park employees, thousands of hours of music, both live and studio versions are in his vault. As costs of dealing with the estate mount and as would-be heirs await their cut, the estate is deciding to sell Prince’s homes in the meantime.

Who Are Prince’s Heirs and What Will Happen to His Estate?

Prince died without any known children and without living parents. He has one sister, Tyka Nelson, and several half siblings. Because it appears that Prince died intestate, without a will or trust, it means that any family members who can prove they have the right DNA stand to share in his estate. With half-siblings to undergo genetic testing and people claiming a myriad of ways in which they are related to Prince, if Prince had just taken the step of making a will all of this uncertainty and potential fighting could have been avoided. It has been said that his distrust of lawyers and advisors made him paranoid about signing anything, especially in the last five years of his life, because he felt “screwed over” from signing documents when he was younger. This could partially explain why there is no will.

Tyka Nelson filed a petition in Minnesota Probate Court claiming that Prince died without a will. She and Prince had been estranged but apparently patched things up shortly before his death. Judge Kevin Eide ruled that Bremer Trust, a trust company related to a banking institution, would temporarily administer the estate. Nelson had asked for this, and it made sense since Prince had a business relationship with the bank before.

People have been lining up, coming out of the woodwork claiming to be Prince’s children and relations. Norman Yates Carthens from Barnwell, North Carolina had claimed to be Prince’s son. A man named Patrick Cousins claimed from federal prison, currently serving out a gun possession sentence and set to be released in 2020, that he is Prince’s son. Another claimed he is their long-lost brother. Others have claimed someone other than John L. Nelson was Prince’s father. In fact, there were reports that since Prince died, more than 700 people contacted a leading heir company claiming to be a half sibling or descendants.

Twenty-nine-and-counting claims for heirship have been denied, and the list of heirs has been shortened dramatically. It is unfortunate that this free-for-all of claiming Prince’s estate is happening when all he had to do to prevent this was to create a will or trust that clearly indicated who his heirs or beneficiaries would be. As it is, there will likely be a long, drawn-out court battle over who the heirs will be. 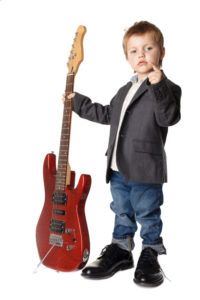 The Bremer Trust, empowered with the right to choose who would manage the estate, chose two individuals on June 17th to do just that. They chose L. Londell McMillan, Prince’s former entertainment law attorney, and Charles A. Koppelman, formerly the chair of EMI records to manage his entertainment assets. They have recently discussed possibly releasing the music ferreted away in his vault. They have even thrown around the idea of putting on a musical featuring his hit music or even a Cirque du Soleil show. Would Prince have wanted this? Maybe. Maybe not. If he had hired an attorney to help plan out his estate, his wishes would have been clear. As it stands, Prince has no say in who will protect and control his legacy, image and likeness rights, brand, and his musical creations. It remains to be seen how well McMillan and Koppelman handle the estate, but their performance will likely be compared against how Michael Jackson’s estate was handled.

If Prince died without a trust, which seems likely at this point, the details about his finances and his estate will become public, which may not have been what the pop star wanted. He was a private individual, and he relished having control, so he probably would have preferred something more constrained. Having a trust would keep the details private since it would not have to go through the probate process. It also would better express his intent. At the very least, having a will would mean that the contents of his estate would go the people or entities that Prince would have preferred. Without either, it means that the court will apply intestacy rules that will distribute his estate based on next of kin. In Minnesota, both full and half siblings have equal standing, so without any children, the estate would be split equally among all the siblings.

There are also major tax ramifications for Prince’s estate because he died without a will. It is estimated that taxes on his property could be between $47 million to $146 million — although those figures could be much higher depending on the value of the materials in his vault.

Trust and estate planning is not just for celebrities or for the wealthy. Even though the value of the average person’s estate is smaller, many of the same problems still come up. Dying without a will means having no say in who inherits and who manages your legacy. Not knowing who inherits increases chances of fighting. Uncertainty over heirs and even finding out the scope of the estate means higher court costs, legal fees, and potentially higher estate taxes. After all, the legal fees for Prince’s estate are already running into the millions. Dying without a will or trust also means there is no one in place to make decisions to protect the estate, including managing the assets. Someone will need to be appointed, and it may end up being someone the deceased would not have wanted.

Everyone should decide what to do with their estate in event of death, and then they should make sure plans are set into action. This means hiring an estate planning lawyer to make sure your wishes are thoroughly expressed in a carefully crafted estate plan. Otherwise, your estate may end up in hands you did not intend. Worse, leaving no plan could mean bitter fighting between family members. Having a proper plan in place can prevent these problems.

Don’t leave the distribution of your estate to chance. BRMM estate planning and probate litigation can help you understand how to plan your unique estate and help loved ones determine the best path forward on distributing a loved one’s estate. Contact BRMM today at (248) 213-9514 or fill out our online form.